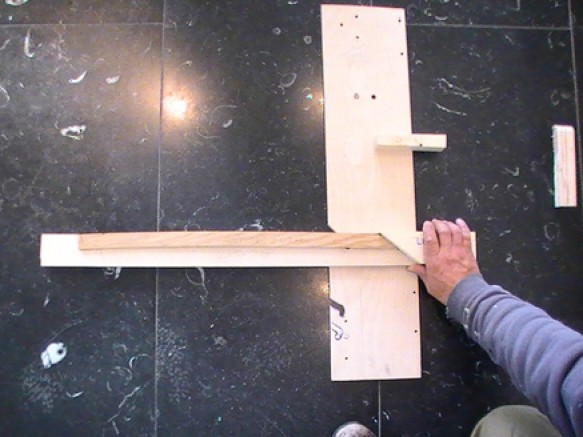 O’Donnell + Tuomey have long been interested in the question of craft (John Tuomey’s book, Architecture, Craft and Culture, was published in 2008). It was one of the things that first drew us to them as potential collaborators in the first place, knowing that they would take an interest in how the pieces were going to be made, rather than simply being concerned by what they were going to look like. As such it was unsurprising to us that John has insisted that there be no mechanical components in the bureau at all. This has lead to some interesting developments, particularly in the hinge, where we have been investigating a dampened opening mechanism, enabling the desk surface to come to rest gently as it is folded down.